In an ideal DevSecOps world all infrastructure servers and auxiliary applications are running an up-to-date LTS versions and are subject to an actual lifecycle maintenance policy. In the real world, we have to deal with end-of-life applications installed on unpatched end-of-life operating systems… and still make this secure. 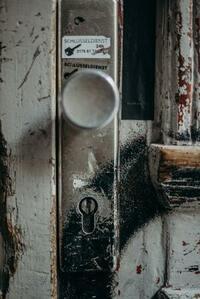 This should be said categorically from the beginning: running unpatched and/or end-of-life applications and systems is a very bad practice in general.

Why not? In the first place, using EOL software is like using old machinery. You save on the cost of change now, but since it’s not maintained, it will eventually break.

It will break either as result of an exploit, or just stop working as result of random interactions with other parts of the system. Any “hey, we saved a day per year by not upgrading” will come back as sleepless weekend while desperately trying to revive an end-of-life system. Effectively bringing it back to its “end-of-life but working” state.

And obviously, over time unpatched applications accumulate a significant amount of vulnerabilities discovered – and patched – in newer versions, and you can nothing but watch them being published as exploits and then turned into mass-scanning campaigns.

Unfortunately, powers that be tend to have different priorities. The whole system may be already end-of-life but new and shiny replacement is delayed. The legacy application may be planned to be decomissioned in two years and priority is on the new one. Obviously, these same powers expect that the system is not hacked and you will find yourself in such position sometimes. At this stage what you do before that exploit was published is of critical importance. What needs to be done?